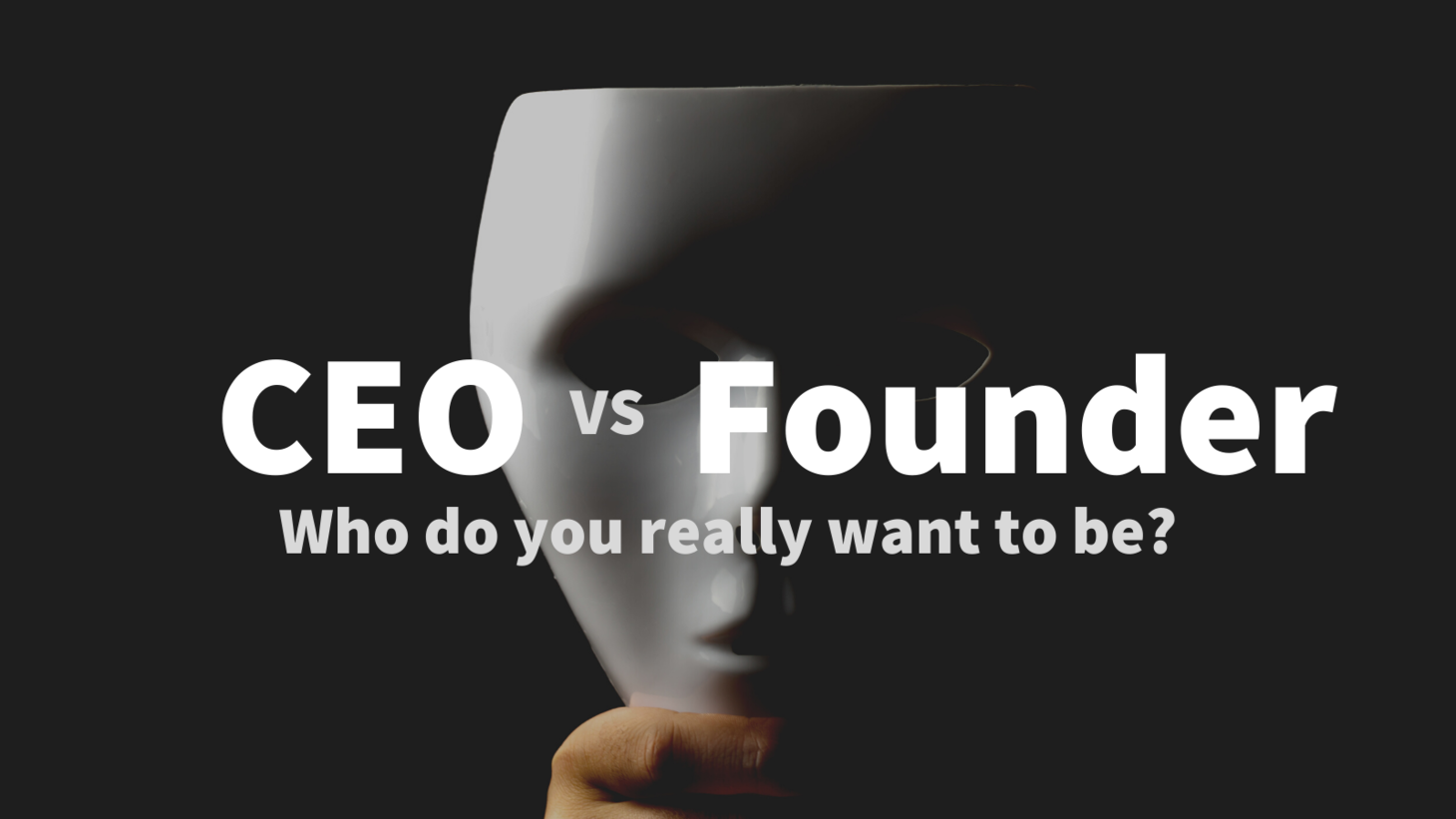 The Difference Between Being a Founder and Being a CEO

I started Draft.dev almost two years ago, but I only recently started to feel like I had earned the title of CEO.

Some of it is my own insecurity, but it's also because you aren't really a CEO when you just have a couple part-time employees supporting you.

You're a CEO when you have built an organization that allows you to step back and look at the big picture.

The thing is, many founders don't really want to do this because they have to stop doing the things that they were already good at (writing code, doing sales calls, etc.).

I think a lot of would-be entrepreneurs should think more about what they’re committing to before getting started. Many of the founders I speak to don't really like the idea of hiring, firing, and coaching other people, so they set a very low cap on their business’ potential.

As a CEO, I'm more cheerleader and coach than player, but that's the way it's supposed to be. I find a lot of satisfaction in helping others reach their potential, so being the CEO of a small company has been very rewarding. But, it's not for everyone, as I point out in my latest blog post.

"If you enter the acquisition market with an unrealistic sense of your agency’s worth, you just won’t get far. While the calculations in the valuation of an agency business are complex, they can be briefly expressed in this simple formula."

In Praise of Ponzis

"It takes about five minutes to set up a smart contract that sends tokens to an unlimited number of people. The contract can be programmed to pay these people automatically once they complete a certain action online — and to pay them again when their actions bear fruit and drive up the value...This is, essentially, a pyramid scheme. But it makes sense. It will be the dominant marketing method of the next decade and beyond."

One of our long-time writers at Draft.dev shared his experience building a career as a technical writer and eventually landing a job at Docker. Pretty awesome to see successes like this!

The Joy of Small Projects

"For me a realistic timeline is often an afternoon or if I am lucky a weekend...You will want to extend the timeline into multiple days or weeks. Fight against this urge and limit yourself as much as possible."

"Say, for example, you want to become a famous comedian...Many people's first instinct would be to give themselves a pep talk about trying to be as funny or creative as possible. But when researchers actually invited volunteers to show up at a beginner improv class, those who were told to try to make themselves feel awkward and uncomfortable actually performed better and were more persistent than those who just aimed to do well in the class."

Urgent vs Important, The Eisenhower Matrix

"A common productivity mistake is not focusing energy on 'Important and Not Urgent' before 'Urgent and Not Important'. The problem with this approach is that, if you keep ignoring the important things you want to accomplish long-term, you set yourself up to be reactive when those things eventually become both urgent and important; this is 'firefighting' mode."

You might just be more productive if you work less

"There are some work challenges that are best met by putting your nose to the grindstone and pushing forward...Other work challenges are unlikely to yield long hours alone. When the problems you solve routinely require a creative extension of current work, then just sitting at your desk waiting for inspiration to strike may not be the best path. Get out of the office. Exercise. Walk away from the problem for a while. Read in areas unrelated to the specific problem you need to solve."